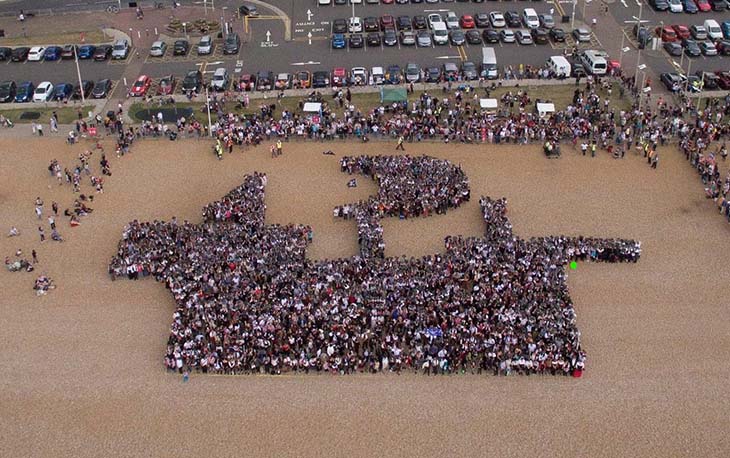 We must say a big ‘Thank you matey’ to Teddy Tinker’s who kindly loaned these pirate outfits for our window display in honour of Pirate Day. It was all hands on deck to make sure the window was dressed in time to celebrate this annual event.

Pirate Day took place on Sunday 14 July which also marked its tenth anniversary. There were free events happening all over the town with something for people of all ages from swash-buckling sword fights to live music and roller dancing.

Every year thousands of people descend upon Hastings to celebrate in the pirate capital of the world. This year there was a World Record attempt to make the largest human image of a boat on Pelham Beach.

Funeral Arranger Jane Searston took part in the record attempt which was sadly unsuccessful due to a technical hitch, with her Daughter and two Granddaughter’s (if you look closely she can be seen next to the green dot in the image!)

Despite the set-back with the World Record attempt Hastings still holds the record for the most pirates in one place and will be back next year with even more heave-ho!

Have you found what you are looking for today?

Nothing Stops a Macmillan Coffee Morning!